We’re for having fun while becoming players!

We’re delighted to announce that seven (7) long-time members of the Winslow Tennis Academy’s junior development program, mostly 15-year old Freshman, last week made their respective high school varsity tennis teams.  More than half of these players had to make it through tryouts and cuts.  Big congratulations to Celian, Yanir and Sasha at Berkeley High; Cole and Jack at El Cerrito High; Nathan at St. Mary’s; and Shinghan at Albany High.

In addition, another six (6) academy graduates are returning members of their high school varsity tennis teams for their second or third years, with a slew of victories under their belts from the previous season’s team matches and tournaments — Congratulations to juniors Briana (Salesian College Prep), Cheyenne and Jayden (El Cerrito High), and Jack (Berkeley High), and sophomores Leighton (Berkeley High) and Nahele (Albany High).

This totals 13 Winslow Tennis Academy active or graduate members currently playing high school varsity tennis in the Berkeley-Albany-El Cerrito-Richmond region, including three starters on the Berkeley High Boys team.  All 13 of these bright, young players follow the academy’s credo, “We have fun while getting after it.”

Harding Park, on Ashbury Ave. in El Cerrito, next to Harding Elementary School.

I am fully vaccinated with both my vaccination shots. We will maintain social distancing, and we will wear masks not at all times when playing but at all times when we are standing near each other, such as when practicing serves and having group discussions.  There will be no sharing of beverages or food between players.

I will subsequently send you a registration form, including a detailed memo with guidance regarding food, clothing, appropriate footwear, sunscreen and more.

Outstanding part-time job this June and July 2022 as an Assistant Coach at the Winslow Tennis Academy’s Super Fun Kids Summer Tennis Camps.  The job is well paid, conveniently located at Harding Park in El Cerrito, and involves working in a relaxed but professional and positive environment with cool people who run an outstanding tennis camp.  With some limits we can work with you in advance to arrange and accommodate your schedule.

This position is for someone who enjoys tennis, working with kids, and working in an active outdoor environment.  It also involves important responsibility for the safety and well-being of children, including but not limited to, our COVID health and safety practices.  Accordingly, the job is for more mature and energetic high schoolers, college students and adults.

Tennis is a great sport and we’re fortunate to be able to play and teach during these coronavirus-limiting times.  During our lessons we maintain social distancing and no physical contact between player and coach, apply hand sanitizer before and after the lesson, and we keep our balls separate from players on the next court.  We adhere to no sharing of rackets, drinks, towels, equipment, and no social congregating outside the courts before or after the lesson.   Do bring your own cold beverage, towel, and sunscreen when you play tennis!

See what the Winslow Tennis Academy has to offer for you.

For all ages and
skill levels 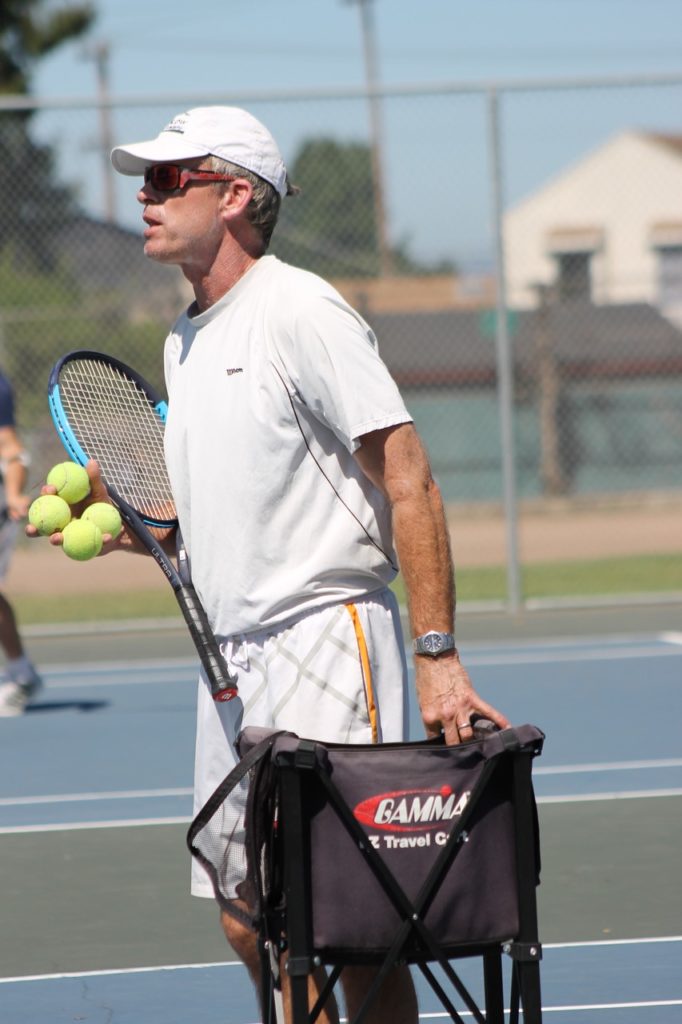 Berkeley- and El Cerrito-based Winslow Tennis Academy is for players of all ages and levels. We have fun while getting after it.  Coach Alexander develops young kids, older kids, beginners, high school varsity and tournament players, and has an active junior development program and junior team.  I also delight in working with adults, whether those learning for the first time, rediscovering their games, playing social doubles, or competing in U.S.T.A. league matches.   I teach excellent mechanics, footwork and shot-making techniques; keep players moving, drilling and having fun; and strengthen players’ quickness and conditioning.  With advanced competitive players, we also work on point tactics, shot selection, match strategies and management, and mental approaches; I help them win more points and become more confident competitors.